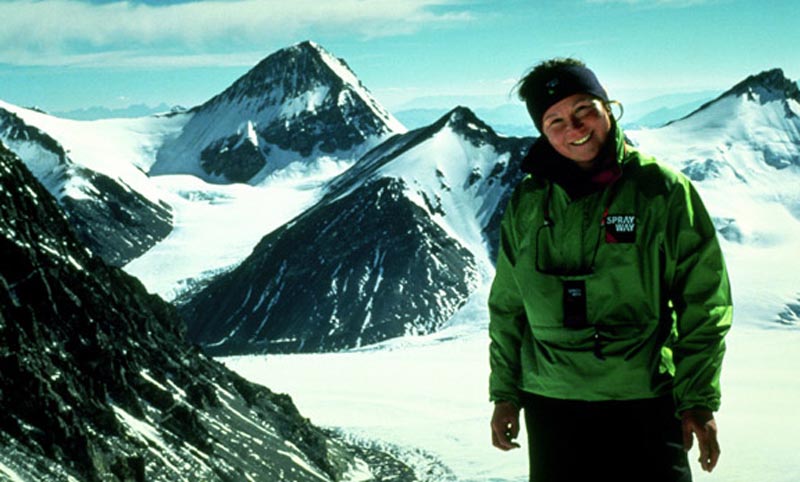 On 13 May 1995, professional British mountaineer Alison Hargreaves reached the summit of mount Everest in the Himalayas. She was the first woman – and only the second person – to summit without either support from a Sherpa team or supplementary oxygen.

Hargreaves had set her ambition out clearly and shown she was going for it: she would become the first woman to climb Everest, K2 and Kanchenjunga – the three highest mountains in the world – without oxygen.

Arriving home after Everest, Hargreaves’ success was front page news. Needing sponsorship and coverage to support her family, Hargreaves made her motherhood part of her image as a climber. By doing so she disrupted the perception of both mountaineering as an escape from domestic duties and motherhood as all-encompassing.

So as she pressed on to K2, she was also getting criticism in the media and the climbing community. She had two young children, and her decision to climb was questioned. Her previous climb of the Eiger when she had been almost six months’ pregnant was criticised.

Hargreaves’ rebuttal was that she had been pregnant, not ill. She also said she’d considered bringing her family along in 1995, as she had done in a previous year in the Alps, but that base camps were “inhospitable”. And none of her male climbing partners were bringing their families along but they weren’t getting flack for it.

“It is better to have lived one day as a tiger than a thousand days as a sheep.”

Later in the summer of 1995, Hargreaves reached the summit of K2. She was killed in a blizzard on the descent. The media, after a respectful pause, started to frame her as a mother who had ‘left’ her children, and criticise her husband for ‘letting’ her climb. Yet the media didn’t make similar comments on fatherhood about the men who also died on the mountain in that storm.

To this day, the media still focus on her family responsibilities and domestic stories as much as her climbing achievements. When her son, Tom Ballard, died climbing Nanga Parbat  this winter, Hargreaves’ climbs got less coverage than her domestic life.