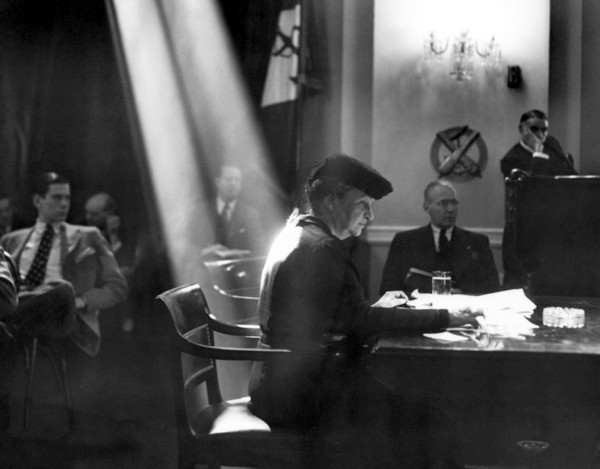 On 4 March 1933 Frances Perkins is sworn in as Secretary of Labour in Washington DC. She became the first woman to hold a cabinet post in the USA, and holds it until 1945.

Perkins was a long time activist for workers’ rights, and did not moderate her advocacy to gain power. Before accepting the post, she presented Franklin D Roosevelt with a list of what she would seek to achieve. She told him she would seek a 40 hour working week, a minimum wage, unemployment and workers’ compensation, the abolition of child labour and universal health care. By the time she left government, she had achieved all but the last of these. She’s behind what protections US workers have in the workplace. She is seen as the architect of FDR’s New Deal: a programme of work that provided relief, reform and recovery for the USA after the Great Depression.

Frances Perkins was born in Boston in 1880. After college she became a teacher, but her passion was to improve the lives of working women. In 1909, she was investigating childhood malnutrition among school children in New York’s Hell’s Kitchen and had moved to Greenwich Village. Having studied economics and political science, by 1910 she was lobbying for better working hours and conditions as the head of the New York Consumers League.

Then, in 1911, she was having tea with friends in Washington Gardens when they heard fire engines. Perkins ran to the scene at the Triangle Shirtwaist factory, only to witness 47 workers – mostly young women – jumping from the eighth and ninth floors of the building. The company had locked the fire escapes to prevent workers taking breaks. In total, 146 people died. The youngest was 14. And Francis Perkins found her cause. She later said it was the day the New Deal was born.

“I had to do something about unnecessary hazards to life,
unnecessary poverty. It was sort of up to me.”