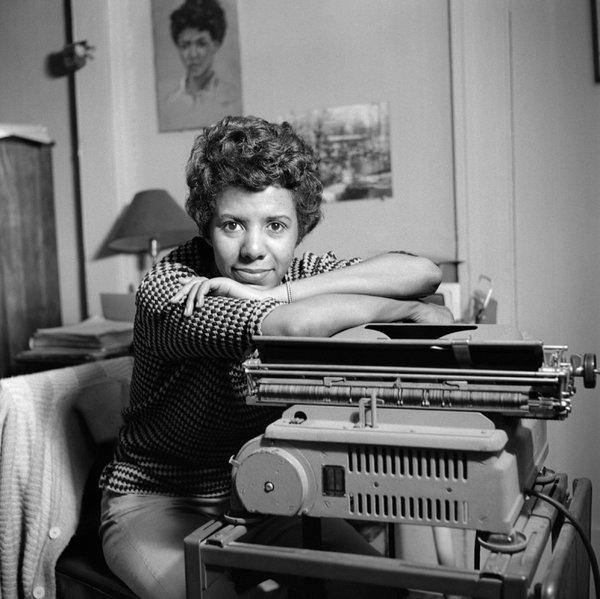 On 11 March 1959, Lorraine Hansberry’s play A Raisin in the Sun debuts on Broadway in New York. She is the first female African-American playwright to be staged there.

The play was awarded Best Play by the New York Drama Critics Circle, and was nominated for four Tony awards. It was the first with a mostly black cast, including Sidney Poitier, and a black Director. It ran for over 500 performances in its first run, and has been translated into 35 languages. A musical version produced in the 1970s won a Tony. The play has been revived twice in the twenty-first century already.

A Raisin in the Sun focuses on the experience of a black family seeking to improve their circumstances and the disagreements around how to achieve it. Hansberry based the plot on her own family’s experience of racism in the 1940s. Her father bought a house in a white neighbourhood of Chicago, disputing the covenant that said properties there could not be sold to African-Americans. Her father, active in NAACP, sought to fight bigotry with the law. Her mother stood guard at night, armed with a pistol, ready to defend the sleeping children. Fictionalising the the case, Lorraine drew out what it meant to seek a dream as an African American.

After Lorraine’s death in 1965, her ex-husband created a off-Broadway play from her unfinished works called To Be Young, Gifted and Black. Nina Simone, a friend of Lorraine, then worked with poet Weldon Irvine to create a song based on the writings. The song became a Civil Rights anthem. The phrase was one Lorraine had used in addressing a creative writing conference.

I wanted to be able to come here and speak with you on this occasion because you are young, gifted, and black…I, for one, can think of no more dynamic combination that a person might be. . . And that is why I say to you that, though it be a thrilling and marvellous thing to be merely young and gifted in such times, it is doubly so, doubly dynamic—to be young, gifted, and black.