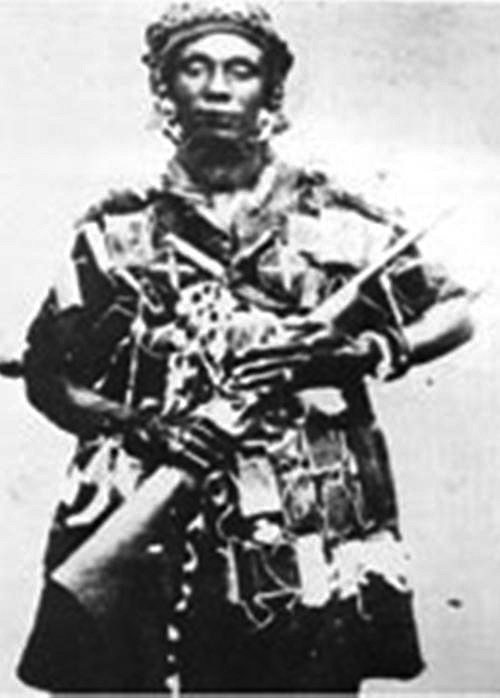 On 28 March 1900, Queen Yaa Asantewaa addressed the remnants of the Ashanti government in Kumasi, in modern-day Ghana.

I must say this: if you, the men of Asante will not go forward, then we will. We, the women, will. I shall call upon my fellow women. We will fight! We will fight till the last of us falls in the battlefields.

Her words galvanised the Ashanti Confederacy, starting their final war against British colonialism on the Gold Coast. The Ashanti leaders chose Yaa Asantewaa to be the war-leader, the first woman to hold the post, and an army of several thousand was placed at her command.

Yaa Asantewaa was Queen Mother of the Ejisu region in 1900. Born in the 1840s, she ascended the throne in sometime in the 1880s. The throne inheritance is matrilineal – descending down the maternal line – in Ashanti culture. This gave her the right to attend the meetings, and to lead her region.

The British governor of the Gold Coast, Frederick Hodgson, had arrived in Kumasi to meet with the remaining local leaders after multiple uprisings. He demanded the golden stool – the symbolic seat of Ashanti power. To surrender the stool would have been to accept British rule, and Yaa refused. Hodgson’s decision cost the British and their allies around a thousand lives, as Yaa commanded at least five thousand warriors.

Under her command, they swiftly penned the British into a small fort, and laid siege for several months. Ultimately defeated when British reinforcements arrived, Yaa died in exile in the 1920s.

In 1957, the Ashanti region finally gained its independence from Britain as part of Ghana. Yaa Asantewaa remains a heroine.